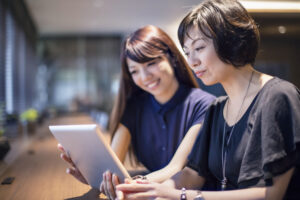 Executive’s remuneration consists of fixed and variable elements. The fixed element component of Executive compensation consists of the base salary and pension of the executives. This element of pay is usually independent of performance, meaning that they will be paid regardless of the executive’s performance.  Due to the agency cost, companies would like to offer a contract to executives in order to align the companies’ interest with their executives. A Long Term Incentive Plan (LTIP) is one of the variable elements of executive remuneration. Specifically, LTIP is an incentive-based plan which rewards the executives based on the strategic goals and objectives a company has set. Incentives aim at motivating executives to maximize company’s value which reduces the conflict between executives and shareholders. Long term incentive plans are usually in the form of shares, options or cash and usually vests within a period of three years.

With this blog, CGLytics aims to  identify and review five UK LTIPs which received overwhelming approval from shareholders. To identify these companies we have highlighted the remuneration resolutions that received the five highest approval by shareholders using CGLytics’ database, and thereafter check the historical resolutions on remuneration reports for each company and make short commentary.

The methodology used for identifying the five long term incentive plans from the largest UK companies in 2020 which received overwhelming approval from shareholders is by looking at the Annual General Meeting (AGM) results for the companies which constitute the FTSE 100. From the AGMs, the resolution regarding the approval of directors’ 2020 remuneration policy is collected and ranked. We have decided to investigate companies from the FTSE 100 when selecting long term incentive plans, as they are attracting a lot more attention and have a bigger impact. Moreover, the approval of directors’ 2020 remuneration policy was selected in order to give the most recent picture. Based on the aforementioned criteria, the companies that had the top five highest approval rates of the resolution regarding the directors’ 2020 remuneration policy are Polymetal International (99.90%), DCC (99.19%), Taylor Wimpey (98.65%), Antofagasta (98.17%) and Smith & Nephew  (97.71%).

Figure 1 illustrates the historical votes in favour of the approval of directors’ remuneration policy for Polymetal International, DCC, Taylor Wimpey, Antofagasta and Smith & Nephew for the years 2014, 2017 and 2020.  From the graph it is evident that Polymetal International, DCC and Taylor Wimpey had stable high approval rates on the directors’ remuneration policy during those years.

This means that no major conflict arose between executives and shareholders. However, in the cases of Antofagasta and Smith & Nephew in 2014, the picture is slightly different. Nevertheless, with no significant points such as to cause disapproval of the directors’ remuneration policy. The low percentage rates of votes against the remuneration policy of Antofagasta and Smith & Nephew might be viewed as a concern from the shareholders, and as the graph indicates this led to significant improvements in the policy for 2017 and 2020 for both companies.

Looking a little closer at the five LTIPs in 2020 which received overwhelming approval, we find that all five LTI plans include malus and claw back. This means that companies have the right, prior or after the vesting period, to reduce all or part of the vesting shares in the event of material misstatement of the company’s accounts, error misconduct and/or failure of risk management. Moreover, all five companies have the provision that in the event of excess or inadequate payment of the LTIP, the remuneration committee has the discretion to adjust the awards that vest to make sure that the outcomes are fair and appropriate, and that it is in line with the company’s performance. Companies, by applying malus and claw back to their plans and committee discretion, are protecting the interest of the company and reducing any conflict of interest that might occur.

Another trend that is apparent when analysing the five LTIPs, is that three of the LTIPs are awarded in shares, namely Smith & Nephew, Antofagasta and Polymetal International Plc, while DCC has options and Taylor Wimpey has nil-cost options. All five LTIPs are performance-based incentive plans, with four LTIPs having a three-year performance period and the last LTIP having a four-year performance period. However, the final release of the awarded plans is after five years from the date of grant since all plans include a holding period. In the case of Antofagasta’s LTIP, a performance awards plan and restricted awards plan are included. The performance awards plan weighs 70% and the restricted awards plan weighs 30% of the LTIP. The restricted shares plan refers to a plan which vests after some years (depending on the remuneration policy) without any performance and usually there is a condition to be employed. Antofagasta’s LTIP might be viewed as a less risky plan because in “crucial times” the executive will not take risky actions in order to benefit from the LTIP and will thus take actions that will benefit the company rather than harm it. However, the UK Corporate Code does not provide any preference between performance based LTIP awards and restricted shares.

All five LTIPs have one common metric, which is the relative Total Shareholder Return (TSR). TSR weighs from 20-100% among the plans. Metrics such as Return on Capital Employed, Earning Per Share, Return on Net Operating Assets, Sales Growth etc. are used in these five LTIPs. Furthermore, all five LTIPs have the indicators of each metric in detail, as for example, at which range the metric is vesting and how much of it. In this way, the company is much more transparent towards its shareholders.

FTI & CGLytics have conducted an analysis to determine whether those two topics are increasingly converging. Read the guide to learn how your company can be socially responsible.