The EU Shareholder Rights Directive: The implications for executive compensation in Belgium and Luxembourg

The corporate governance landscape is changing. Listed EU companies are increasingly subject to more disclosure and transparency requirements while executive compensation is now under greater scrutiny than ever. Part of the call for greater transparency applies to the compensation of top executives of listed companies. Shareholders now have the right to an extended say on pay under the Revised Shareholders’ Rights Directive (SRD II) through their votes on the remuneration policy and report.

Under SRD II – Extension of shareholders’ right to say on pay

The SRD II requires the compensation of all directors to be reported on an individual basis. This will impact Belgium listed companies as previously it was deemed sufficient to provide this information on an aggregated basis.

The most innovative change is the requirement to explain the changes in directors’ pay in relation to the evolution of the company’s performance and employees’ average pay during the period under examination. This will put the emphasis on the compensation committee to provide increasingly data driven analysis against a variety to financial and non-financial KPIs.

In the future – Disclosure of the CEO pay ratio?

The CEO pay ratio is the indicator of CEO compensation compared with employees’ pay, usually expressed by a multiple of the median annual salary of the employees of the company concerned. Currently, the pay ratio is not part of the disclosure requirements under European corporate governance regulations, in contrast with the US and the UK.

The future will tell us whether the disclosure of CEO pay ratios affects companies’ executive compensation practices. It cannot be ruled out that other governments will follow the path taken by the US and the UK in order to manage the perception of executive remuneration being increasingly out of step with the average employee pay.

Fairness in pay is not only about being transparent on the remuneration and the wage gap between CEOs/executives and employees. Fair pay also means non-discrimination between employees.

Significant developments are occurring worldwide regarding gender discrimination. Measures adopted to tackle this issue vary from country to country. Such measures may consist of transparency requirements (e.g. in Germany), the obligation to report on the gender pay gap in the company’s annual report (e.g. in the UK), the requirement to have a gender pay gap analysis conducted by independent and external bodies (e.g. in Switzerland) or mandatory equal pay certification (e.g. in Iceland – such legislation is under discussion in the Netherlands).

In Belgium, equal treatment is enshrined in the Belgian Constitution and in the Non-Discrimination Act, which prohibits any direct or indirect discrimination based on certain grounds, including in employment relations. Under the Gender Non-Discrimination Act, companies employing at least 50 employees are required to conduct a detailed analysis of their remuneration structure – to ensure a gender-neutral remuneration policy – every two years and deliver their report to the employee representative body.

To date, Belgian companies are not required to disclose their gender pay gap in their annual report or in their remuneration policies or report. Nevertheless, the information contained in the company’s social balance sheet must be broken down by gender. In addition, listed companies are required to describe their diversity policy in their Corporate Governance Statement.

In Luxembourg, labour law prohibits companies from using criteria other than knowledge, experience and responsibilities to determine remuneration. Despite initiatives of the Ministry of Equal Opportunities to raise awareness on the gender pay gap, no further legal provisions exist on this matter.

To this end, companies in Belgium and Luxembourg will be required to show greater transparency of executive and director pay, not just in comparison against the performance of the organisation, but also ensuring that it is benchmarked against the growth (or decline) of the average employee. Shareholders will have more information and greater powers to curtail excess pay, while holding companies to account against more financial and non-financial KPIs.

With a wealth of global data, analytics and insights, review executive pay against an array of key financial indicators.

Replicate the peer groups of leading proxy advisors and investors, and instantly compare CEO pay against company performance and their peers.

Click here to download the Corporate Governance and Executive Pay: Legislative landscape and market insights report, produced together with PwC.

Understanding ESG & Annual Incentive Plan ESG refers to a series of environmental, social and governance criteria taken into consideration by the funds during the investing process. Investing in ESG funds allows shareholders to support companies in transition, that wish to act and develop in a more sustainable and responsible manner. In practice, many indicators … END_OF_DOCUMENT_TOKEN_TO_BE_REPLACED 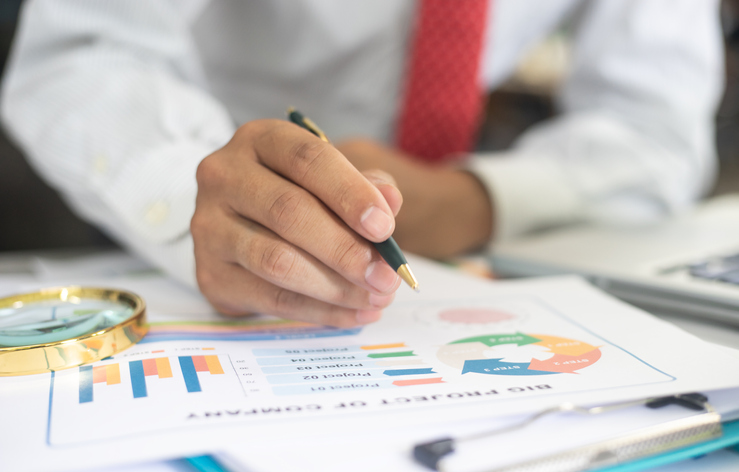 Pay for Performance: The Largest Institutional Investors’ View   Executive compensation has been one of the trickiest issues within the corporate governance space as of late. Across the board, there seems to be no end in sight to finding the perfect compensation package or philosophy for corporate executives. In this article, we will discuss the … END_OF_DOCUMENT_TOKEN_TO_BE_REPLACED